Professional and Personalized Representation Contact Us now For a Free Consultation 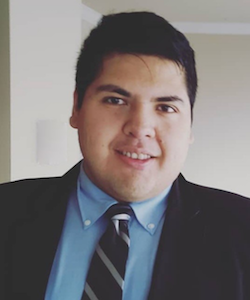 Javier Ortiz is a first-generation Guatemalan-American who graduated from the University of California-Riverside (UCR) with a Bachelor’s of Arts in Political Science/Law and Society and a minor in Creative Writing. While at UCR Javier served as president of UCR’s Amnesty International chapter. Javi collaborated with women's advocacy groups; organized a “Write for Rights” writing campaign; and helped organize a protest against ICE. Javier then went on to attend Seattle University School of Law. While at Seattle U, Javier was Editor-in-Chief of the American Indian Law Journal, and part of the inaugural cohort of Seattle University’s Homeless Rights Advocacy Project.

After graduating from Seattle U, Javier clerked for a year for the Honorable Eric Z. Lucas of the Snohomish County Superior Court. Javier then joined the family law firm, Beacon Attorneys, PLLC, located on Beacon Hill, where he worked until 2022. Javier then joined Seacoma Law in September 2022. Javier primarily deals with complex divorces, parenting plans, child support modifications, adoptions, protection orders, and other civil matters. In 2021 Javier graduated from the Washington Leadership Institute.

In addition to the above and being a practicing attorney, Javier is also an adjunct professor at Seattle University School of Law. Javier teaches a DV/Protection Order practicum where he trains and works with Rule 9 students/interns and supervising attorneys to assist petitioners in obtaining RCW 7.105 protection orders in WA state.

Javier is fluent in Spanish and is committed to advocating and promoting Latino/a and LGBT issues in Washington and across the country, as well as issues concerning people of color generally. Other than his family law practice, Javier also serves as a member of the King County Diversity committee and the King County Family Law section. Javier also provides mentorship to current Seattle University School of Law students and newly licensed attorneys.

On his free time, Javier likes to write fiction stories, find new artists on Spotify, and find and perfect baking recipes for his inevitable audition for the Great British Baking Show.

Contact Us
Practice Areas
Client Reviews
★★★★★
"Mr Yetter was hired specifically to represent me in a contentious divorce with parenting plan/support complexities. During our consultation appointment, he listened intently with compassion. Asked thoughtful, pertinent questions and laid out a progression plan. There were multiple court, mediation appointments. He was always present and prepared. No litigation is easy, but I've found his willingness to be flexible and pivot quickly under time constraints to be a reassuring quality." Melanie
★★★★★
"I hired Mr. Yetter, in a tough time in my life. He was both understanding and knowledgeable. I would use him again in a heartbeat." Donald
★★★★★
"Matt Yetter expertly and with sensitivity helped me prepare for and surmount a challenging divorce, where I initially felt overwhelmed and outgunned. Matt was patient and empathic, assisting me to establish and maintain goals that served my best interests and that were ethical to both parties. Despite my presenting challenges as a client (strongly felt emotions and ambivalence), Matt deftly and compassionately guided me through legal, situational and personal steps to achieve all desired ends to my satisfaction." John
View More
Submit a Law Firm Client Review